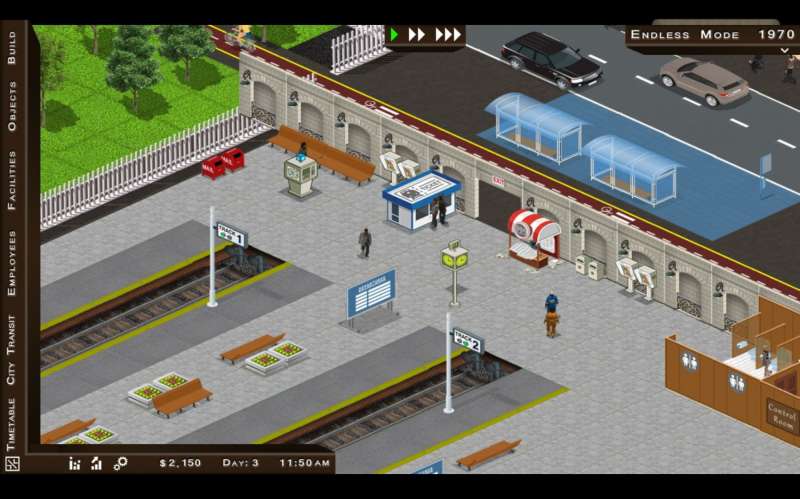 Train Station Simulator is an indie game that concentrates on the train stations itself - while other train games put focus on the trains and the railway network, here we simply manage a single train station with all the (sometimes unexpected) aspects of running a train station.

First of all I have to mention that the game has status "early access", which means that right now it is far from being finished, I would say very, very far to be honest. The basic concept is similar to games like Prison Architect or Airport CEO, in which you manage the objects and plan the elements of the infrastructure. In Train Station Simulator of course we plan the train terminal in one of the time periods (from 1970s to 2000s) and we either build it from the scratch with single track or play scenario with some infrastructure already in place and we have to upkeep it, improve financial aspects or simply survive.

The elements of the infrastructure available right now are rather limited, some of them does not seem to have much impact on the game - we place ticket booths, newspaper stands, public toilets, police stations, control rooms (to coordinate traffic if we use more than 2 tracks), food vendors, etc. Also we can place the less vital bits, like clocks, trashcans, benches, even post boxes and vending machines. All of it sounds quite fun, but surprisingly right now it really isn’t. The basic concept is good, but after spending all the money you have on the absolute basic equipment the gameplay loses a lot of its appeal. More or less you wait for the ticket incomes to arrive, plan the improvement of the infrastructure, wait for the incomes, plan the improvements, and so on, and so on.

The basic idea for the game is not bad, although very similar to many games available on the market (even classics like Theme Hospital comes to mind), but the game still needs a lot of work to compete with such titles as Prison Architect or all the supermarket or airport simulators available. 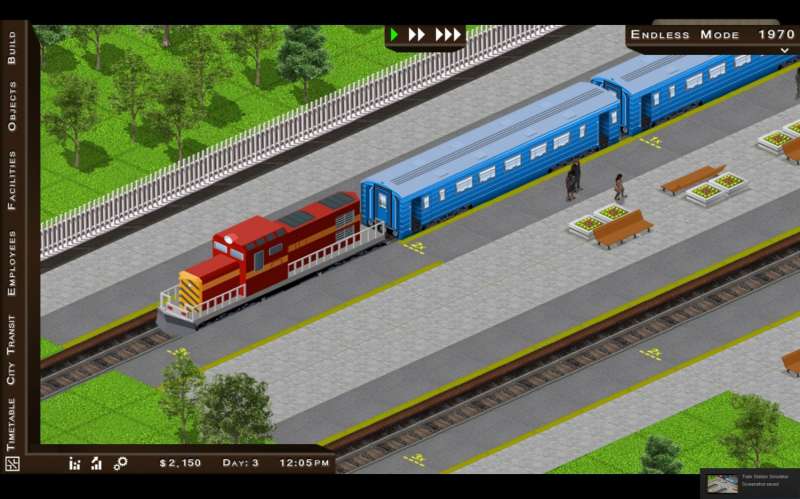 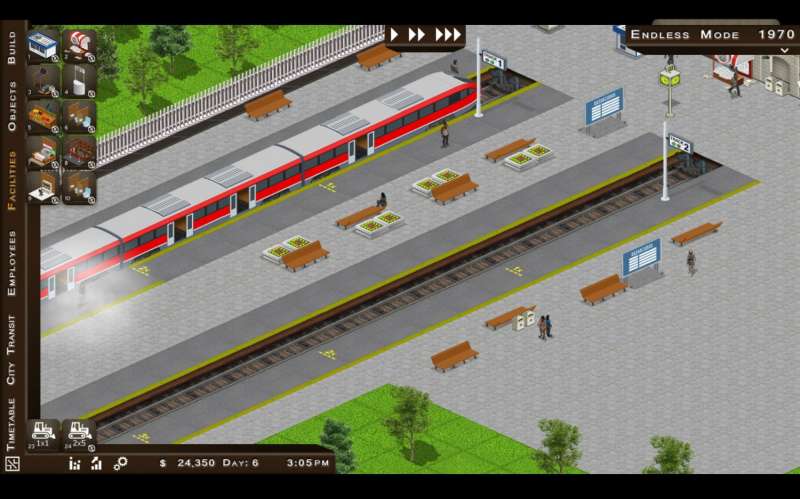 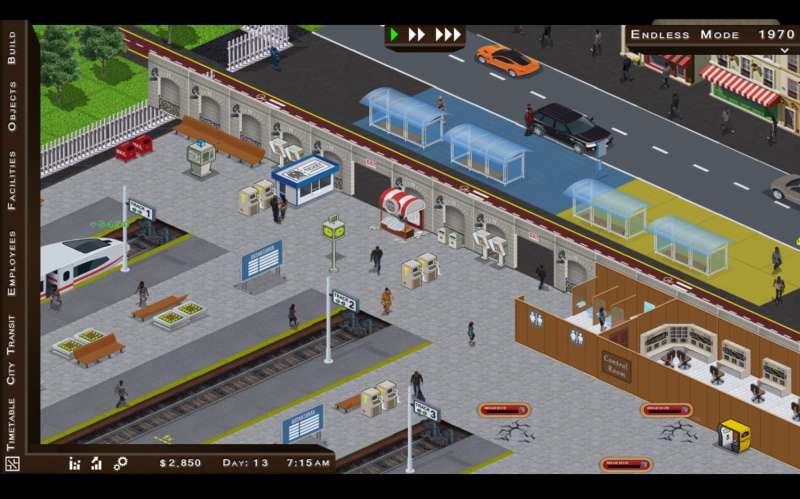 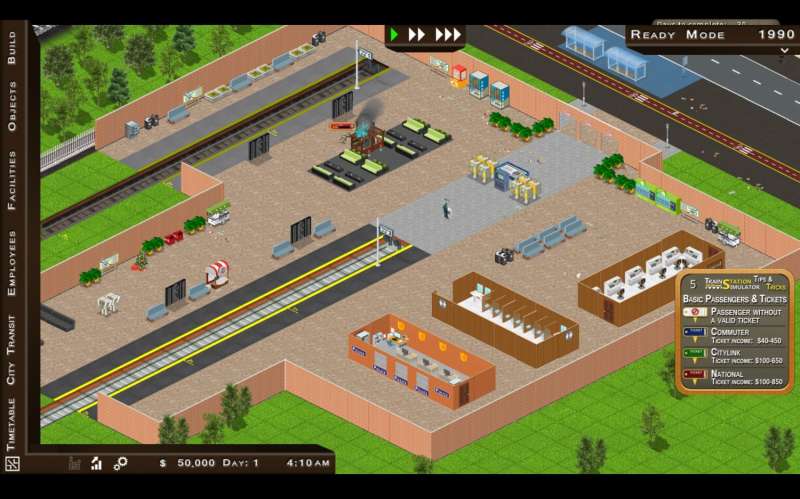 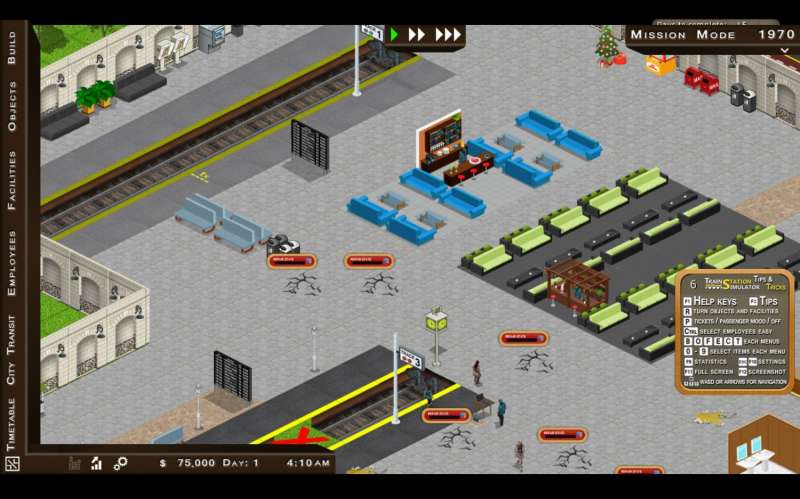