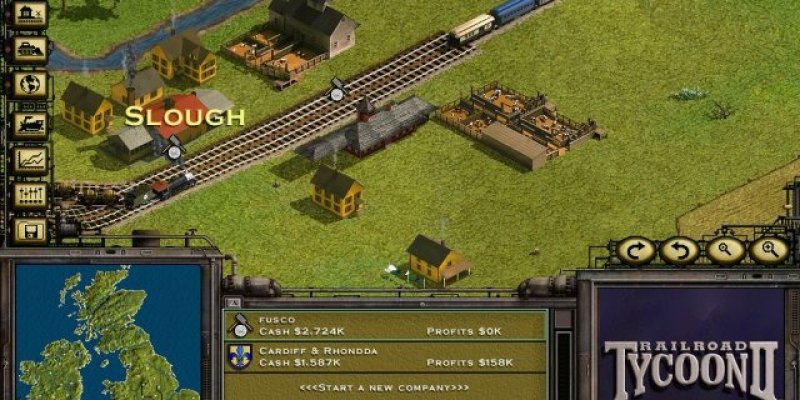 Second production from Railroad Tycoon series was based on the same concept as original (devised by Sid Meier), but with improved graphics and some changes to the gameplay as well. First of all the top-down view was switched to diametric view, which automatically allowed the terrain to be more detailed, especially when it comes to hills and mountains. Of course that changed the way the tracks are being laid and the behaviour of the trains. Second big change was the economics model - beside running the company player was also able to buy or sell shares of his own railroad or the competitors. The economics are split between those of company and personal (since player is being given the wages). The third change was linked with the local businesses - just like in the original game here the stations can accept only the cargoes that have any value, f.e. you won’t gain any money from transporting milk to town that has its own dairy farm. But the difference is in Railroad Tycoon II you can buy and sell those local companies, so in a way you invest in business to improve it, gain money from supplying what that business requires to increase production and again gain money from delivering the products to another station.

The view and the terrain that consists hills and mountains was a huge difference for gameplay - most of the new scenarios put users in front of a challenge to build a railway across the mountains (f.e. on East Coast of United States or Alps in Switzerland). The railways had to be build while taking the terrain level under consideration, especially in 19th century, where steam engined had limited power and travelling with cargo on the steep railway could cause more costs than incomes. Another change was the number of buildings that can be built next to our stations - not only sanding towers, water towers and roundhouse (that are vital to engine maintenance), but also hotels, restaurants, grain silos, etc that could improve the income from that station.

Comparing to first game of the series Railroad Tycoon II was far more sophisticated and complexed. Adding the hills and mountains created new challenges and new opportunities to users - now the planning of railway was far more important and more involving. One of few flaws was limit of cars that can be added to the train - only 6 - which would be realistic in 19th century, but the game can go well into 20th century when far more powerful engines were available. Also the railroad building options were very limited - there are no ways to build sidings closed by signals because... there is no option to build a signal box. In general the traffic on the tracks is automatically controlled and if train happens to run into another (no matter from front or behind) one of them is stopped with alert "tracks blocked" and the other rides straight through it.

Overall a huge improvement in graphics, slight improvements to gameplay and a very good train game. 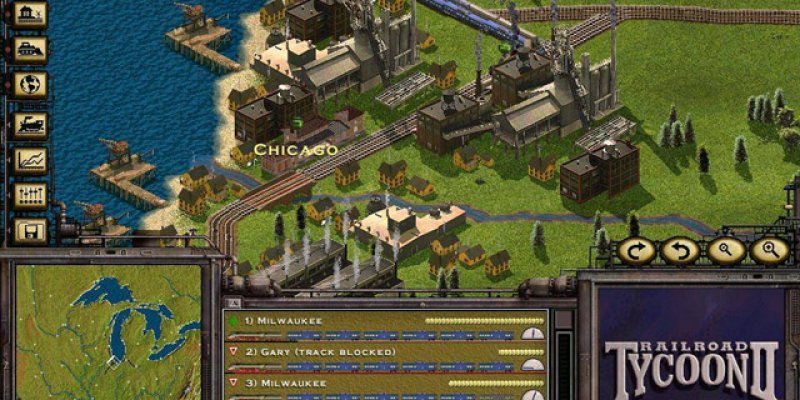 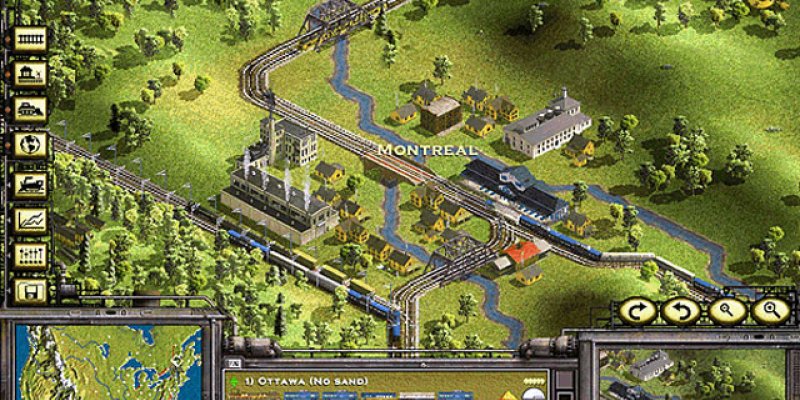 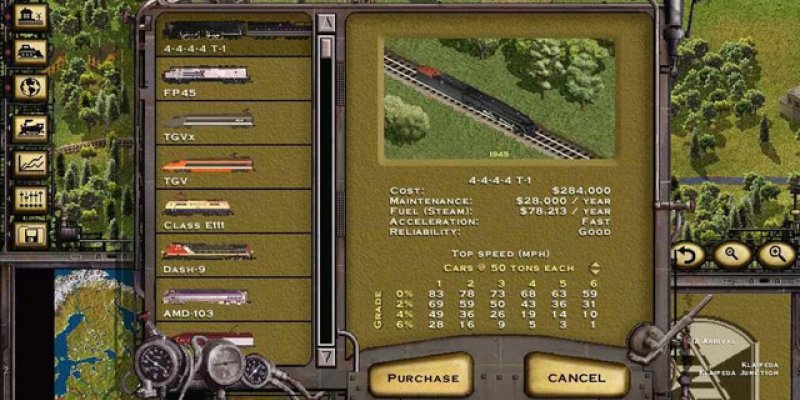