In mid-1960s Dr Richard Beeching prepared a report which suggested that 55% of train stations and 30% of routes in Britain should be closed in order to cut down the costs. The small stations with low amount of the passengers were to be closed and number of staff on bigger stations was to be reduced. Since the report was published many of the British Railways employees were afraid of losing their jobs, not to mention they felt that closing their stations was blow to the local communities.

Oh, Doctor Beeching! tells the story of such small station, Hatley, which could be one of those that will be closed. Jack Skinner, the acting station manager, who tries not to dwell about discipline, but when new station master arrives the things are about to change. Cecil R. Parkin is one of the strictly-by-the-book bosses and from the beginning he tries to get the station organized, which is not easy since the signalman Harry Lambert runs few businesses on the side, ticket clerk Ethel Schumann is absent-minded and her son Wilfred is completely witless. But what is more important he finds out that buffet manageress is a women he had passionate affair once and now she is wife of Jack Skinner.

Comedy series filled with old time trains nostalgia written by Richard Spendlove and one of the best British comedy writers David Croft (co-author of such hits as Dad’s Army, ’Allo ’Allo, Are You Being Served? or It Ain’t Half Hot Mum). This time he again used the same cast as previously in Hi-De-Hi! and excellent You Rang M’Lord, but unfortunately the nostalgia and good cast were not enough when the scripts were below par and the comedy elements did not actually worked. Which was a shame, because the potential was there, the only thing missing was the great writing from previous productions of David Croft. 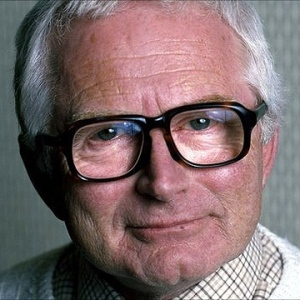