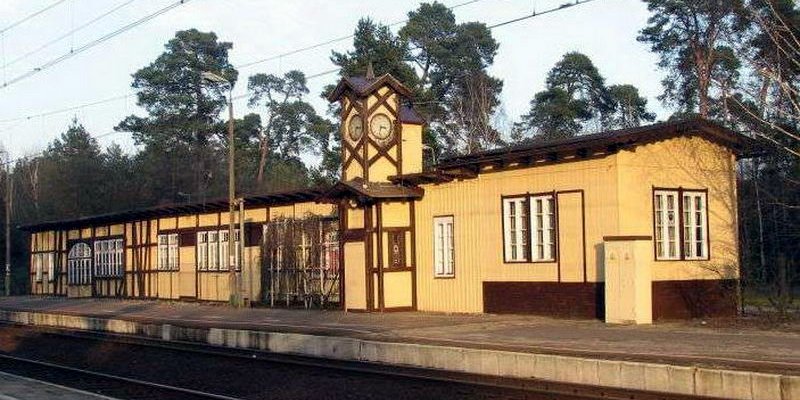 Puszczykowo is a small town nestled among the forests of the Greater Poland National Park, on the banks of the Warta River near Poznan. Its integral part is Puszczykowek and Stare Puszczykowo (Old Puszczykowo). Puszczykowo developed as summer resort in the late 19th and early 20th century. To improve access for Poznan residents on the existing since 1856 railway to Wroclaw Puszczykowo station buildings were built.

In those days, under the German occupation, Puszczykowo was called Puschkau. In 1905 in Puszczykowo a wooden building with a clock tower and a tunnel under the tracks were built. In Puszczykowek a brick station was built in 1911. Both buildings have been deemed historic sites and listed in national register of monuments. Puszczykowo railway station building has an unusual decorations and presents unique style for Greater Poland region, but the kind that fits with the summer resort nature of the town. It has now been turned into a pub called Locomotive, which unfortunately ended its development as a railway station.

The railway in Puszczykowek was renovated in 2010-2011 and reorganized. The building of the station had roof and installations replaced, the building itself was repainted to different color. The important part of the station is a beautiful clock. Station has two lounges - one for summer and one for winter. The station is still active, offering services to travelers. 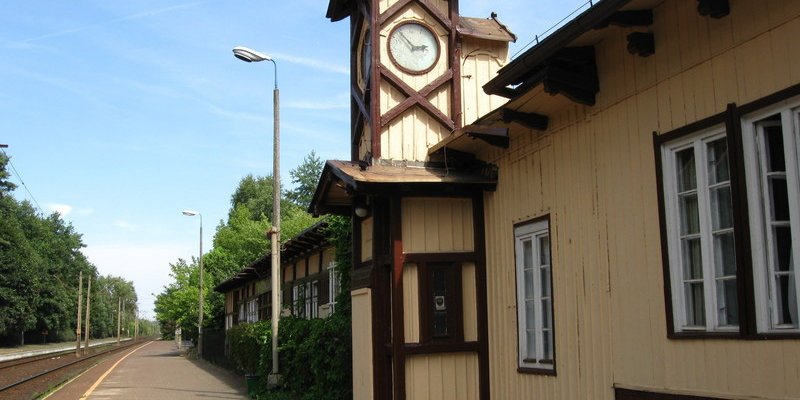 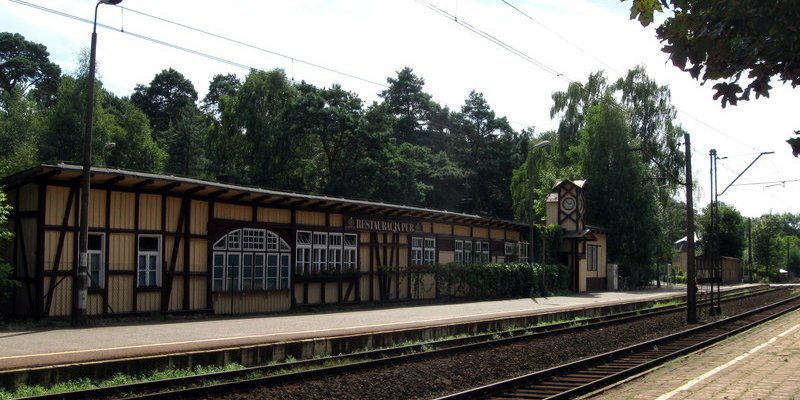 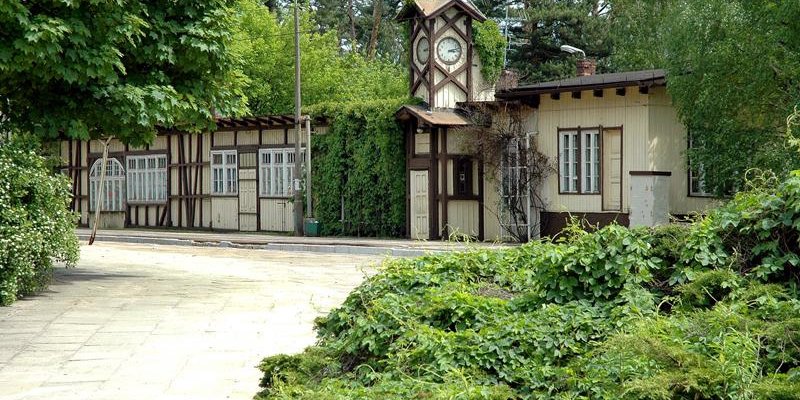 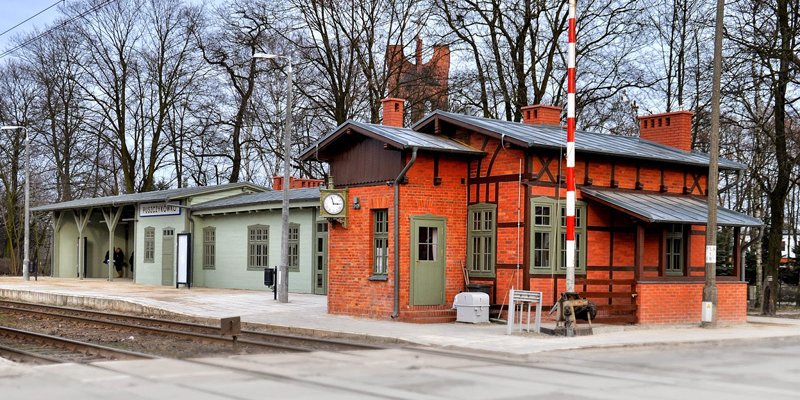 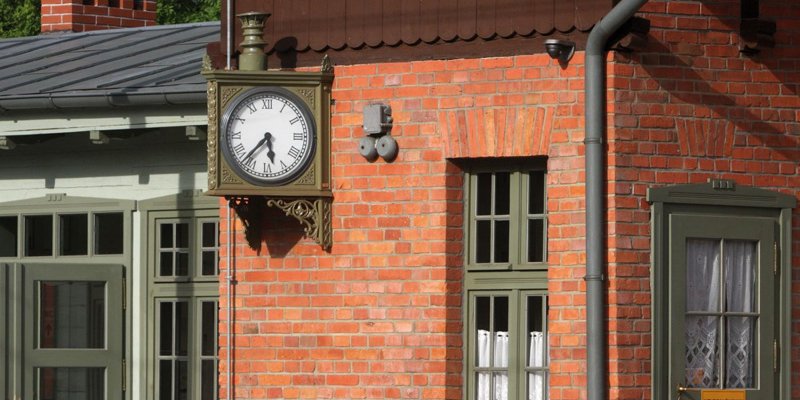 Close up on the clock on Puszczykowko train station (source: WXCA)