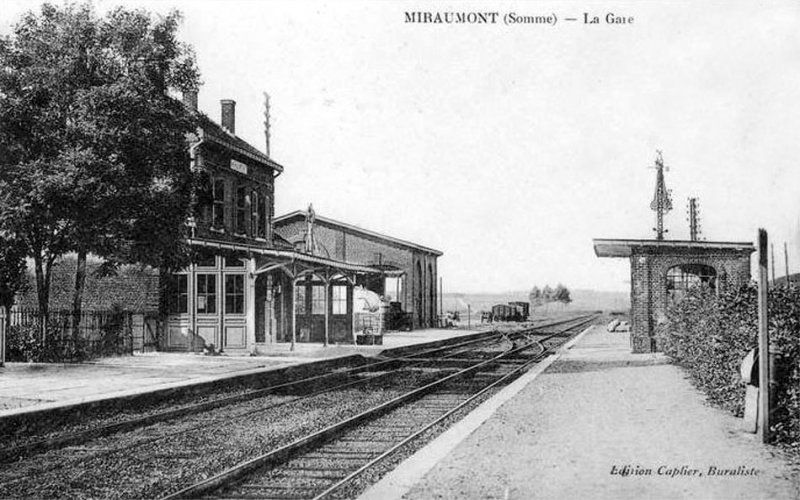 Miraumont is a small community in northern France, in Somme district (population 710 in 2006). On the photo the train station on the line Paris - Lille in 1900 when the station was opened. Unfortunately the village and the train station were destroyed during the World War I and later rebuilt.