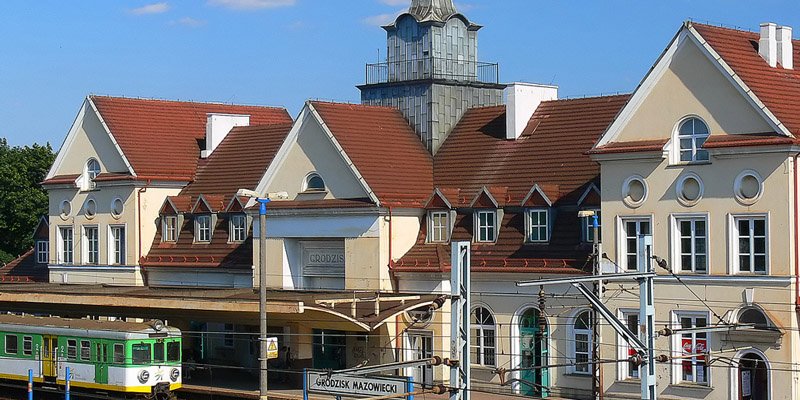 Look from the overpass on station and platforms

Grodzisk Mazowiecki railway station has 2 platforms and large station building that includes ticket counters, waiting rooms, a restaurant and shops. It is Category B station, which means that yearly amount of passengers is between 1 and 2 million. The station is placed on the main line between Warsaw and Lodz, one of the main commuting lines for Warsaw.

The station was opened in 1845 as one of the first to be part of Warsaw-Vienna railway. Grodzisk Mazowiecki is about 30 km (19 miles) to the west from Warsaw. From 1932 until 1970s part of the Grodzisk Mazowiecki station was terminus of Warsaw Commuter Railway (at that time called Electric Commuter Rail) that runned down the city main street. After the ECR terminus was moved away from city center it was replaced by the local and long distance bus stops. Part of the station are also the sidings that linked the main line with neraby large pharmaceutical factory, radiator factory and the siding for the small transshipment warehouses that made it easier to load the cargo on trucks. For years part of the station building was used as small clinic for railroad workers.

In 2014-2015, during the upgrade of Warsaw-Lodz line (that allowed the Pendolino trains to be used on it) the station was renovated, including the platforms, underpass (that linked the platforms) was extended to under all the tracks, old transshipment warehouses were demolished and replaced by new interlock house. Also the monument of railway worker was erected next to the underpass entrance. 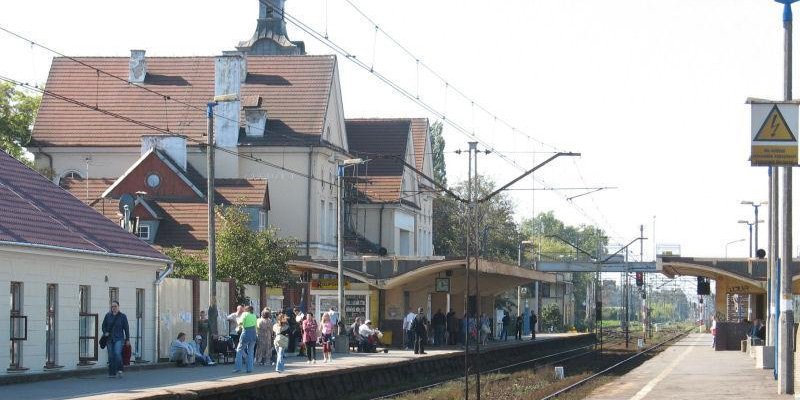 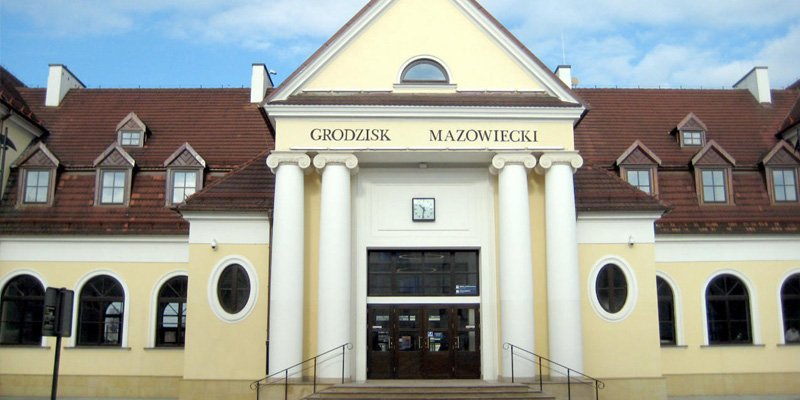 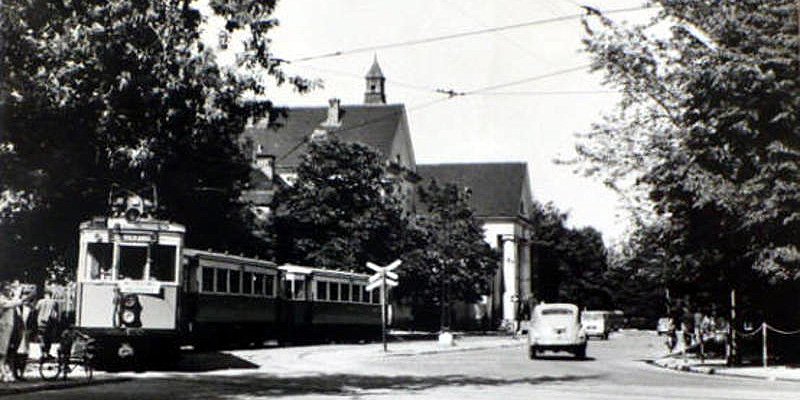 1960s - train station in the back, in front ECR train on terminus 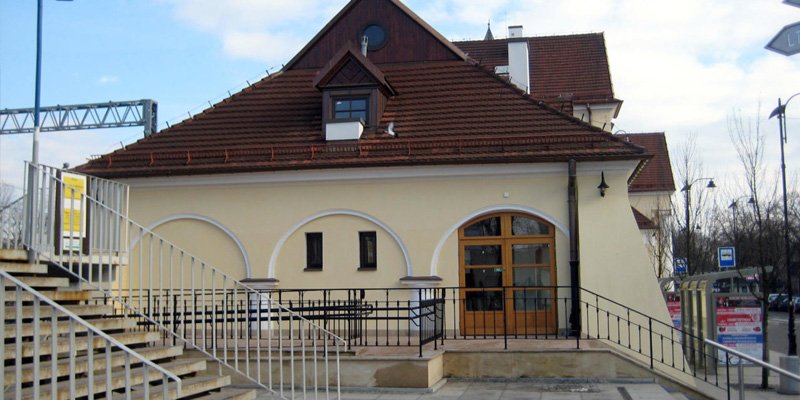 View from the base of overpass, entrance to former clinic, author: Paweł Ukole, 2016 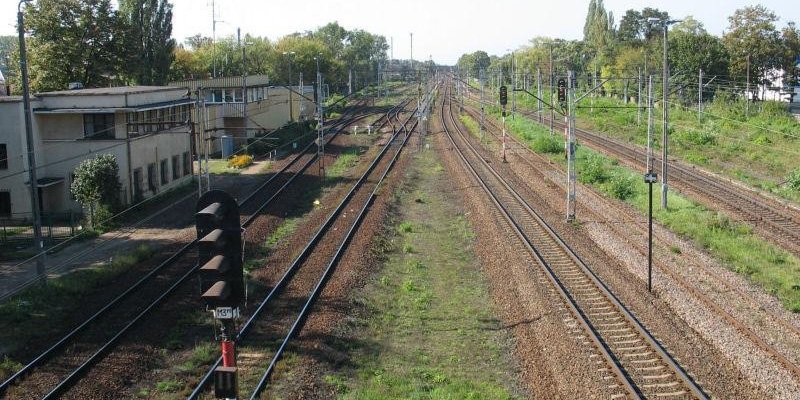 Look from overpass on old interlock house (on the left), author: Mariusz Gołębiowski, 2006