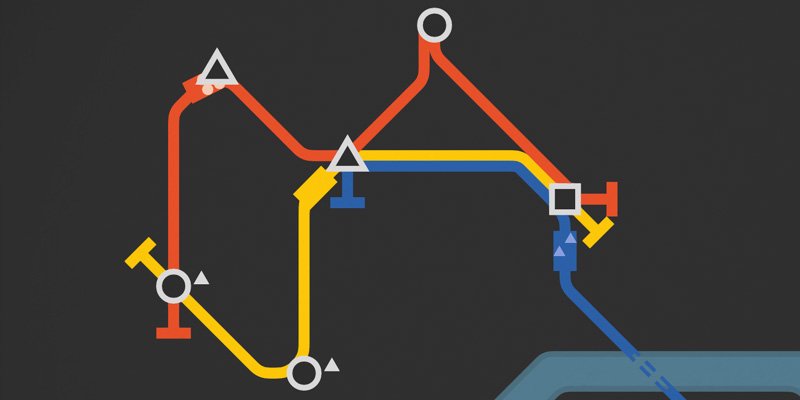 Simple game created during the Ludum Dare accelerated video game development competition (the competition in which game is created within 2 days). Mini Metro is management game in which player is given the control over metro lines in a city. The stations are marked with different figures (triangles, squares, stars, etc) and on each of them smaller icons simulate the passengers. The icon of passenger, f.e. a square, means that this particular passenger wants to travel to a station that is marked with a square. The game starts with only three stations (square, circle and triangle), but with time new stations pop up in random places, so the player has to adapt the system to new challenge.

We have limited number of trains to use (up to 4 on each line) and limited number of lines marked with colours, but as a bonus for reaching higher level of system efficiency we can choose from extra car that can be attached to existing train, an extra tunnel / bridge to reach the stations that are on the other side of the river or the interchange stations. In the normal mode the aim is to keep the system running without overcrowding any of the stations - if station is overcrowded the times shows up and warns that something has to be done about that particular station. On other modes the goal is to reach the highest possible number of passengers a day.

It is fun little game, but leans too heavily to simplicity and random factors - it’s hard to plan a system when new stations simply pop up and the shape they represent is chosen randomly. Also the time between new passengers show up on the station is random, just like the destination they want to reach, which means that there could be a lot of stations that produce much traffic at one moment, but soon the situation changes and there is very little traffic from them. Of course there are options to change the lines, move trains from one to another, but still it’s all about reflex and not much about any planning.

Interesting approach to the theme, but the creators simply aimed too low and the game is just a novelty now. 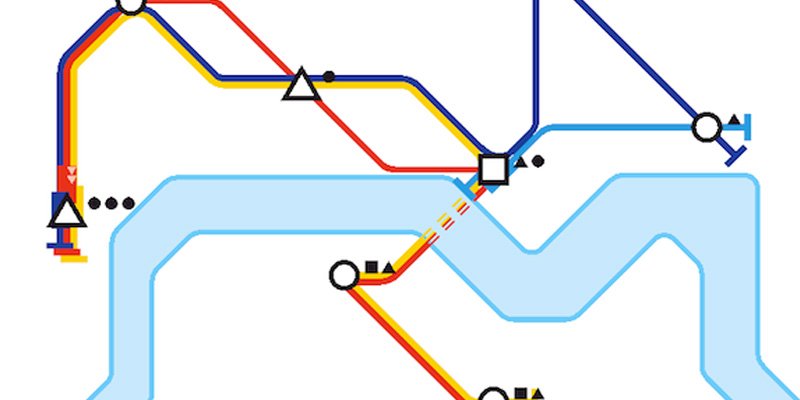 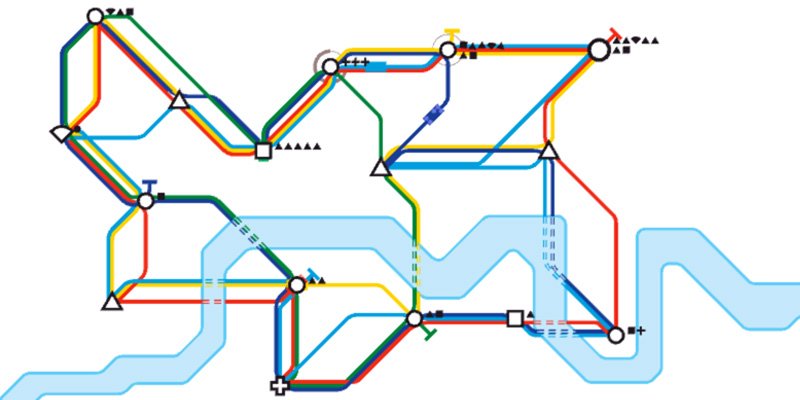