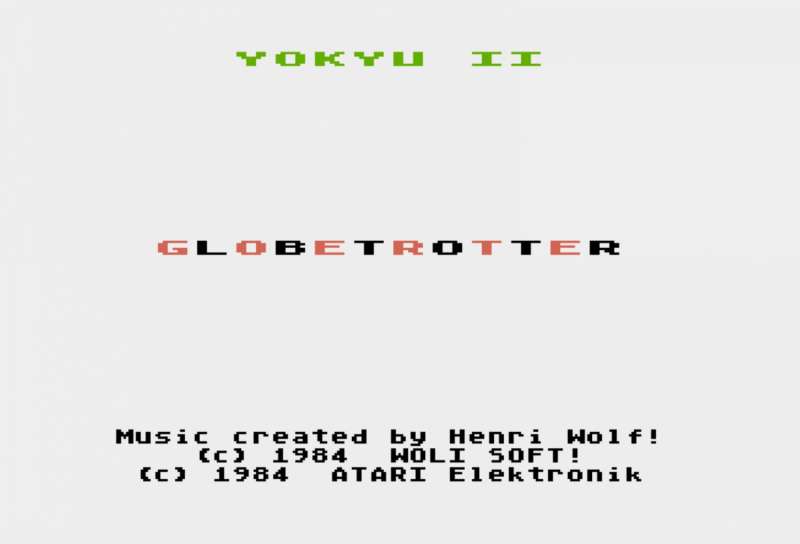 In Jules Verne’s classic novel to travel around the world in 80 days seemed impossible, but you would imagine 100 years later it would not be that big deal. Michael Palin proved that wrong while making the documentary series in 1989, when he had huge problems in fitting within given time limit, although he was restricted from using planes and he just had to follow the original route. So how hard could it be to go around the world in 60 days while using all the modern transportation? Find out in Globetrotter.

You start in Hamburg with 10,000 DM (Deutsch Marks) and a list of 9 randomly chosen cities around the world that you have to visit. Your time limit is 60 days to do so, but you can use trains, planes, ships or rented cars and you have no guidelines in what order you must reach the cities. While this gives you a lot of freedom in planning your travel you are of course limited by the network of connections between the cities (f.e. from Dover you can travel directly only to London, so if your target is Glasgow you have to make stop in British capital city). But with each bit of your travel you have to consider two costs - money and time - the faster you travel the more you have to pay for it and 10,000 DM is not as much as it sounds (aircraft ticket from Paris to New York could cost you over 1,800 DM). To make thing worse things will happen to you on the way, usually not nice things, for example you could be robbed and forced to take up a job to make money for further travel. There are other ways to make money, you can play bingo in London, bet on horses in Freemantle, visit casino in Nice or stock market in Zurich, etc.

Globetrotter was a simple game, but with randomly generated targets for your journey and complicated network of connections between cities it was easy to get hooked. 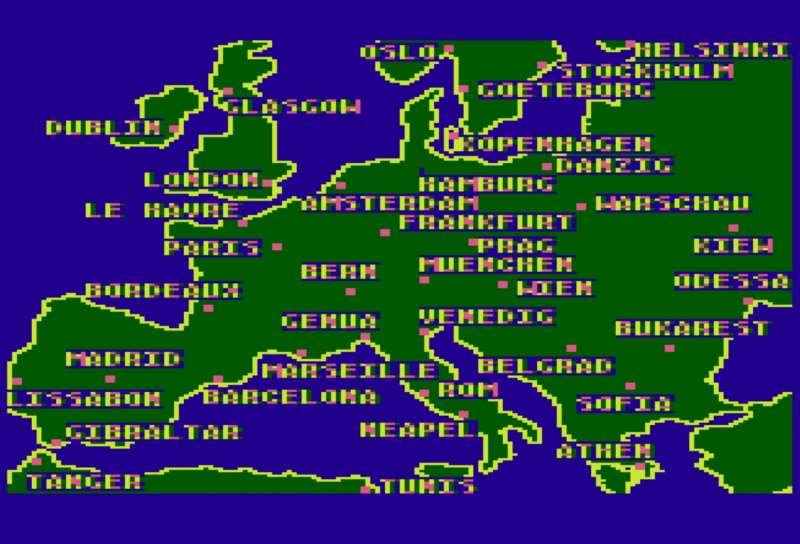 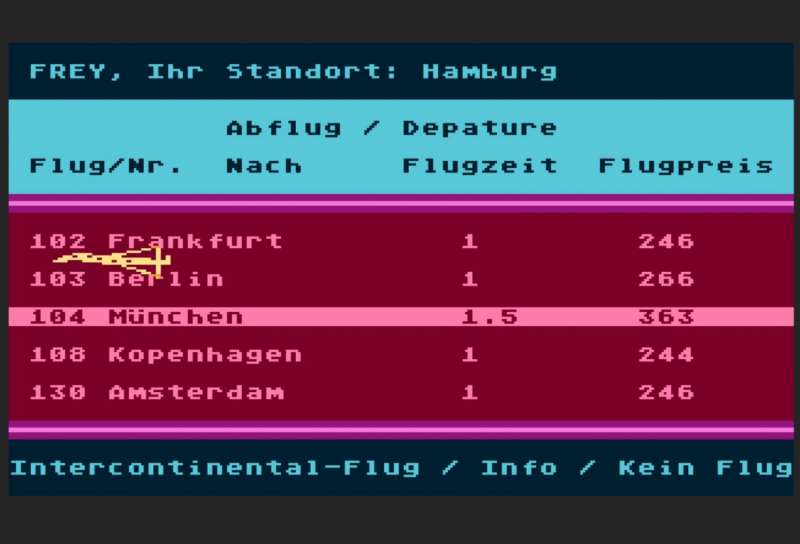 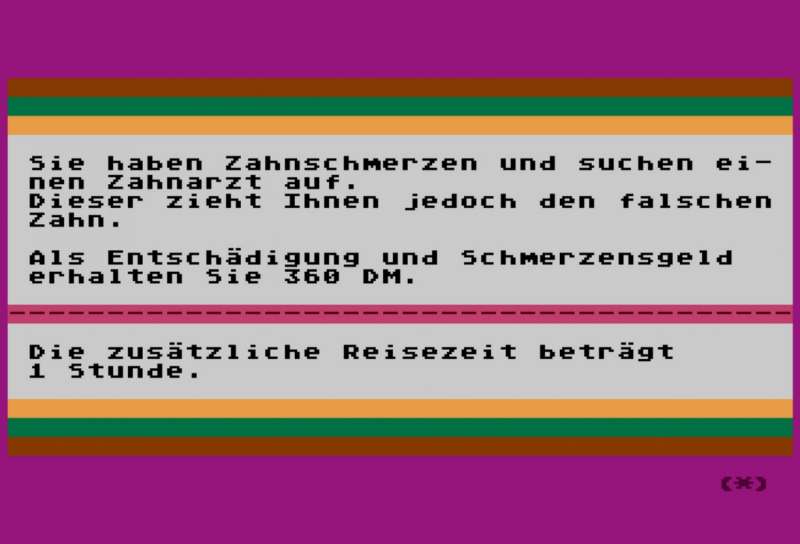 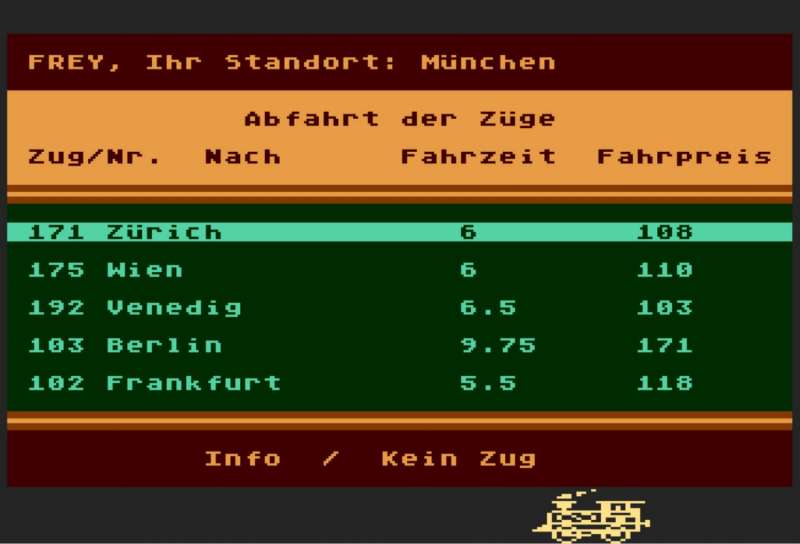 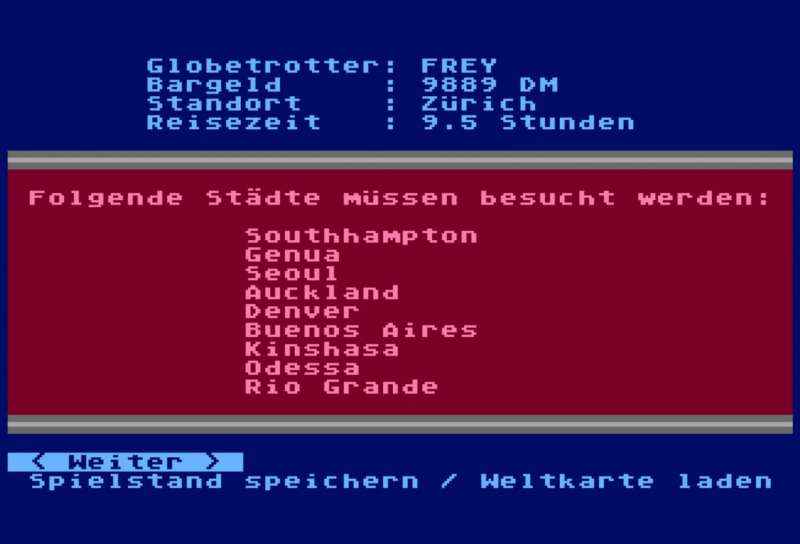