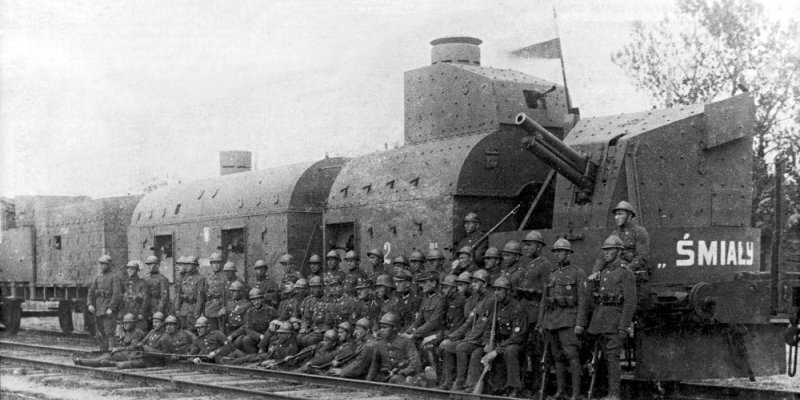 Powered by Ti3-type armoured locomotive the train had 12 mm armour, armed with two 100mm howitzers, two 75mm cannons, and 19 heavy machine guns it was considerably dangerous weapon. Full crew consisted of 180 people, including soldiers and engineers. Of course like any other train the mobility was limited by the rails, but Smialy was transporting everything that was needed to repair the tracks, two Sokol motorcycles were used to patrol the area around the train, while Renault FT-17 tank (adapted to drive on rails) was used as scout car.

During the German invasion on Poland Smialy took part in Battle of Mokra (1 September 1939) near the border with Germany. Smialy entered the battlefield as Germans were regrouping for another attack - while their tanks and armoured vehicles were refuelling away from Polish defense lines, but close to the railway. Captain Mieczyslaw Malinowski, commander of Smialy, ordered to drive in the middle of German column and open fire. In the havoc that was caused by this sudden attack Germans have suffered heavy losses (including several tanks), but managed to damage Smialy and train was forced to retreat. After that Smialy was moved to eastern part of Poland, where on 17th September Soviet Union have invaded Poland. On 22nd September train was abandoned by the crew after fall of Lwow and seized by the Red Army. 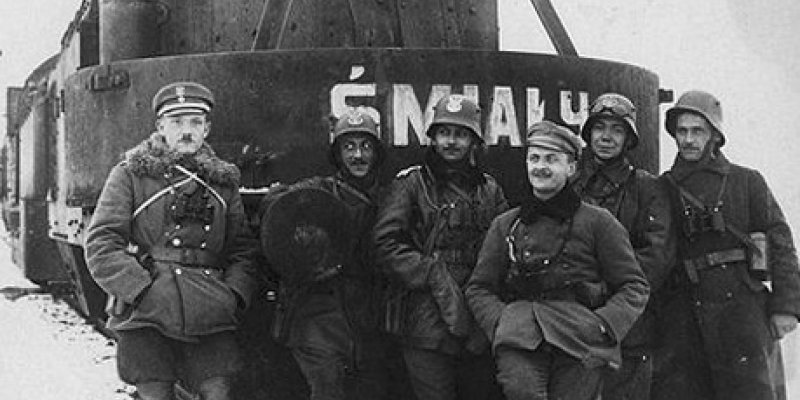